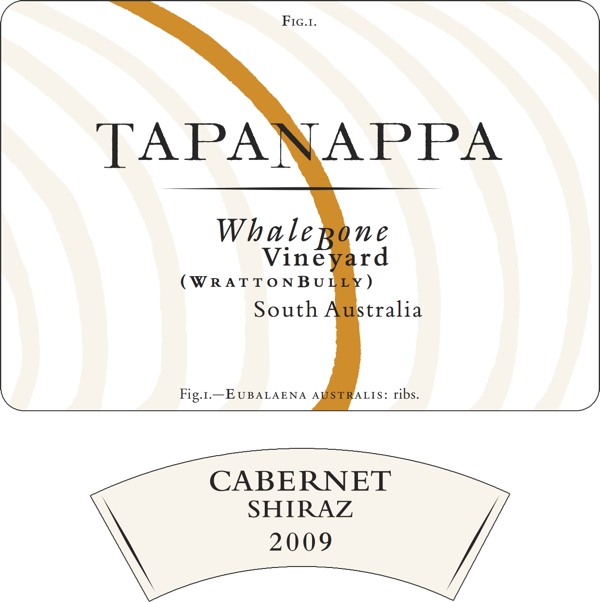 The 2009 vintage was cooler than average with a heat summation of 1367°C days for the growing season versus the average of 1450°C days.

2009 is remembered for the blistering heat and bush fires at the beginning of February but the heat had little effect on Whalebone Vineyard and the rest of the growing season was significantly cooler than average.

The two varieties were harvested and made into wine as separate batches and blended before preparation for bottling.

The hand-harvested grapes were delivered to the winery in the Piccadilly Valley where they were de-stemmed, lightly crushed and chilled as must to 2°C into 0.8 tonne fermentation tubs.

After a cold maceration of 4 days our own yeast and bacterial strains were added and 2 days later fermentation started.

The young wine was drained and pressed through a small air-bag press and gravitated immediately to French oak barriques, 70% new, and remained on full lees until the malo-lactic fermentation finished in early spring.

At the completion of malo-lactic fermentation, the wine was racked off lees and a small dose of sulphur dioxide was added and the wine returned to barrique for a total of 22 months in oak.

The separate wines were clear racked and blended prior to bottling in February of 2011.

The in-bottle analysis of the 2009 Tapanappa Whalebone Vineyard Cabernet Shiraz is:

The Taste Of The Wine

2009 was a wonderful cooler vintage at Tapanappa’s Whalebone Vineyard.

2009 was very similar to 2004 and wines of these vintages have the refined structure and delicate aromatics of a cooler vintage.

2009 Tapanappa Whalebone Vineyard Cabernet Shiraz has the intense black currant and dusty, herb and spice edge of Cabernet Sauvignon tinged with the anise and blackberry of Shiraz.

The flavours are intense but refined with the freshness and vibrancy of Cabernet accentuated by the smoky and minty hallmarks of the Whalebone terroir.

The most endearing aspect of this cool vintage wine is the beautiful and significant tannin structure folding into an even mouth coating savoury finish.

2009 was a great vintage at the Whalebone Vineyard and the wine will reward cellaring for at least two decades.

This wine “is a pure expression of the unique terroir of the Whalebone Vineyard.”