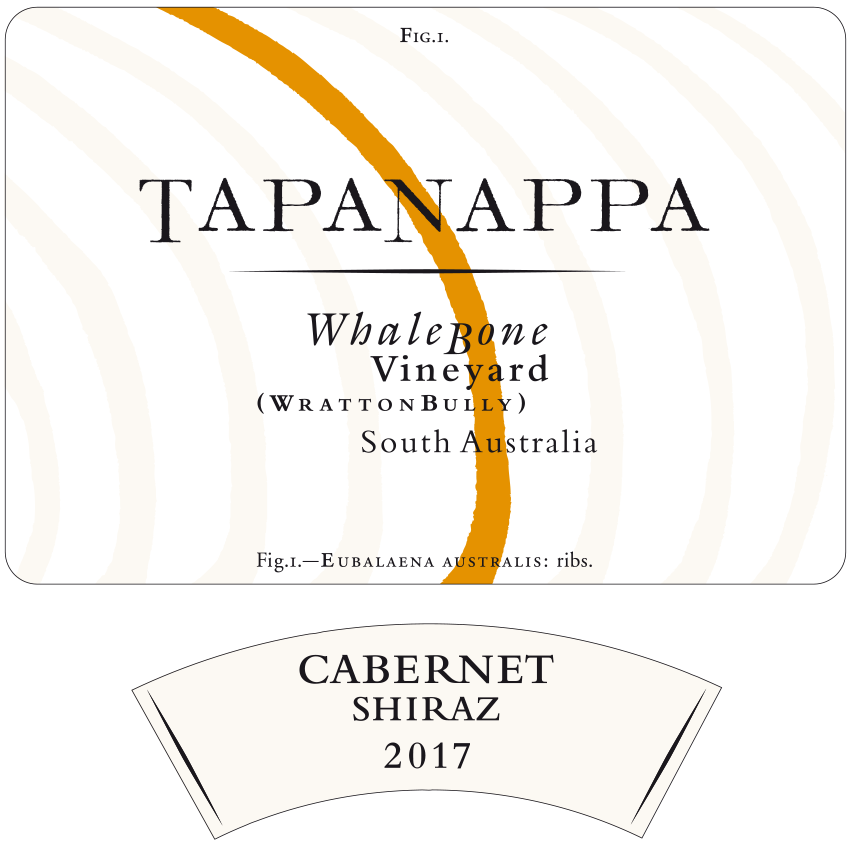 2017 was one of the latest vintages on record despite being warm at 1585C days versus the average of 1487C days. The Cabernet Sauvignon was harvested on the 18th of April and the Shiraz on the 19th of April.

2017 is a wonderful vintage from the unique Whalebone Vineyard terroir.

The Cabernet Sauvignon was hand harvested from the Whalebone Vineyard and delivered at night to the Tapanappa Winery in the Piccadilly Valley.

The Shiraz was hand harvested from the Shining Rock Vineyard in the Adelaide Hills.

The Cabernet Sauvignon and Shiraz were made separately in the following way.

The grapes were destemmed, lightly roller crushed and chilled to 5C on the way to 0.85 tonne fermenting tubs. The crushed must was cold soaked on skins for 3 days before the fermentation was initiated. After fermentation began the tubs were hand plunged daily, fully immersing the skins in the fermenting juice. The fermentation lasted for 11 days after which the wine was left on skins for a 7-day maceration under inert gas
cover.

In December 2018 the wines were clear racked from the barriques and blended, 84% Cabernet Sauvignon and 16% Shiraz. The finished wine was bottled in February 2019. The in-bottle analysis of Tapanappa Foggy Hill Vineyard 2019 Pinot Noir is:

Bottled in February 2020
Only 600 dozen
Grown and made

The aromas are rich cassis and slight nettle from the Cabernet Sauvignon and complex fine leather and anise from the Shiraz. The slight mint and fresh earth of the Whalebone terroir is melded with the cedar of the oak and tannin. The whole is at once complex, powerful and ripe.

The flavours reflect the aroma, and the fruit is immediately sweet and ripe, graduating to a refined tannin and balanced acid finish.

This is an intense complex wine, with finesse as well as strength and is a “true expression of the unique Whalebone Vineyard terroir” from an exceptional vintage.

The Whalebone Vineyard is a terroir particularly suited to the varieties Cabernet Sauvignon, Merlot, Cabernet Franc and Shiraz.

Not even the pioneers who planted the vineyard could have realised how special the site is. Situated at 37° 10’ S and 140° 87’ E at an altitude of 80 meters, the Whalebone Vineyard is on the dunal ridge of the oldest shoreline of the plain which gently leans away to the Great Southern Ocean 80 kilometres to the west.

The West Naracoorte Range was formed along the north south Kanawinka Fault when the land began to rise about 0.8 million years ago, causing the Southern Ocean to recede away to its current shoreline. The ridge is seated on 35 million year old Oligocene limestone (very similar to St Emilion in Bordeaux) and it is in this limestone that the bones of a whale were trapped and are now exposed in a cave eroded into the limestone beneath the Whalebone Vineyard.