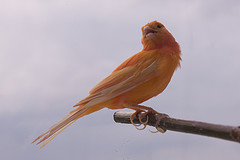 The Australian wine community is allowing itself to be tarred by the brush of climate politics.

Sometimes called the “canaries of climate”, wine regions have emerged and disappeared with the swings of climate over the more than 10 centuries of recorded wine history. For any region, climate decides the choice of varieties, how they are grown, the style of wine made and ultimately is the major influence on the quality and reputation of the region.

The Australian wine community has been diligent in recognising the potential changes to the way it goes about its business due to “climate change”. There is an industry supported initiative at the University of Adelaide, “Australian Wine 2030” that has been specifically assembled across the wide ranging talents of that institution to model what will happen to the size, shape and style of the Australian wine community due to the forces of climate change, market preferences and technology advances.

Arguably “climate change” is the great “moral panic” of our time.

There is no question about the need to ameliorate the carbon-based economy for the future well being of our species and the biosphere in general.

This will take decades if not a century of political manoeuvring and willpower as the real consequences of industrialisation and population growth become painfully obvious in the fields and vineyards and around the massed coastal communities of the globe.

In the meantime we have to deal with the viticultural realities of our immediate weather future.

This will be dictated not by climate change but by the weather cycles on the decadal scale driven largely by ocean temperature oscillations that have always and continue to dominate vintage outcomes.

In our own vineyards in the Piccadilly valley and Coonawarra over the past two decades, the ’90’s were about 0.45C cooler across the 212 days of the growing season because of a 5-year cool and wet oscillation from ’92 to ’97 and the 2000’s were 0.4C warmer because of the warm drought from 2005 to 2010. The average of the two decades is exactly the same as the long-term average of the two regions dating back to the early 1900’s.

The 2011 vintage has emphatically finished the El Nino drought cycle as we have been immersed in the wet and cool of the La Nina cycle to perhaps enter another cooler and wetter decade.

The June 15, news.com.au article “Climate change threat to Australia’s top wines” by Robert Burton-Bradley is an example of the amplification of the threat of climate change to our wine community that is so potentially damaging to its image as a balanced producer of cool climate and warm climate wines now and into the future.

The anecdotal and researched evidence for the potentially industry redefining temperature escalation over the quoted next “10 to 15 years is based on the record of the significant advancement of harvest dates over the past three decades. This advancement is largely attributed to “climate change” in the article. There is no recognition of the dramatic shift in viticultural method that has occurred during that 3 decade period as more judicious irrigation practice, more conservative pruning regimes, new precocious varieties, clones and rootstocks, closer spacing, vertical canopies, shoot thinning and crop thinning have all been implemented in Australia’s vineyards over that same period.

The evidence in our own vineyards, which have all been operated under this quality improving regime for the entire period is that our harvest dates have not been advanced and that the average temperatures of the last two decades is the same as the long term average.

Climate change politics and human memory focus on the past decade, which was dramatically warmer and drier than average, dominantly driven by the El Nino oscillation not climate change.

The cooler and wetter previous decade (the 90’s) driven by the La Nina cycle did not presage an impending ice age but could well be recalled to memory over the next decade if the 2011 vintage conditions are a portent of a cooler wetter weather cycle.
The Australian wine community should not allow short-term weather cycles to be used as evidence of climate change and should not panic into public statements about the threat to our industry of higher temperatures or prematurely change its viticultural strategies in response to the perceived threat. If it does it will be aiding and abetting the competitive advantage of our northern hemisphere rivals who are much more exposed to the long term effects of climate change driven higher temperature regimes. A lot of wine will be made and sold before climate change changes the shape of the global wine industry.

Any body wishing to get a new perspective on this extremely important issue should read Dr John Gladstone wonderful new book “Wine, Terroir and Climate Change”.