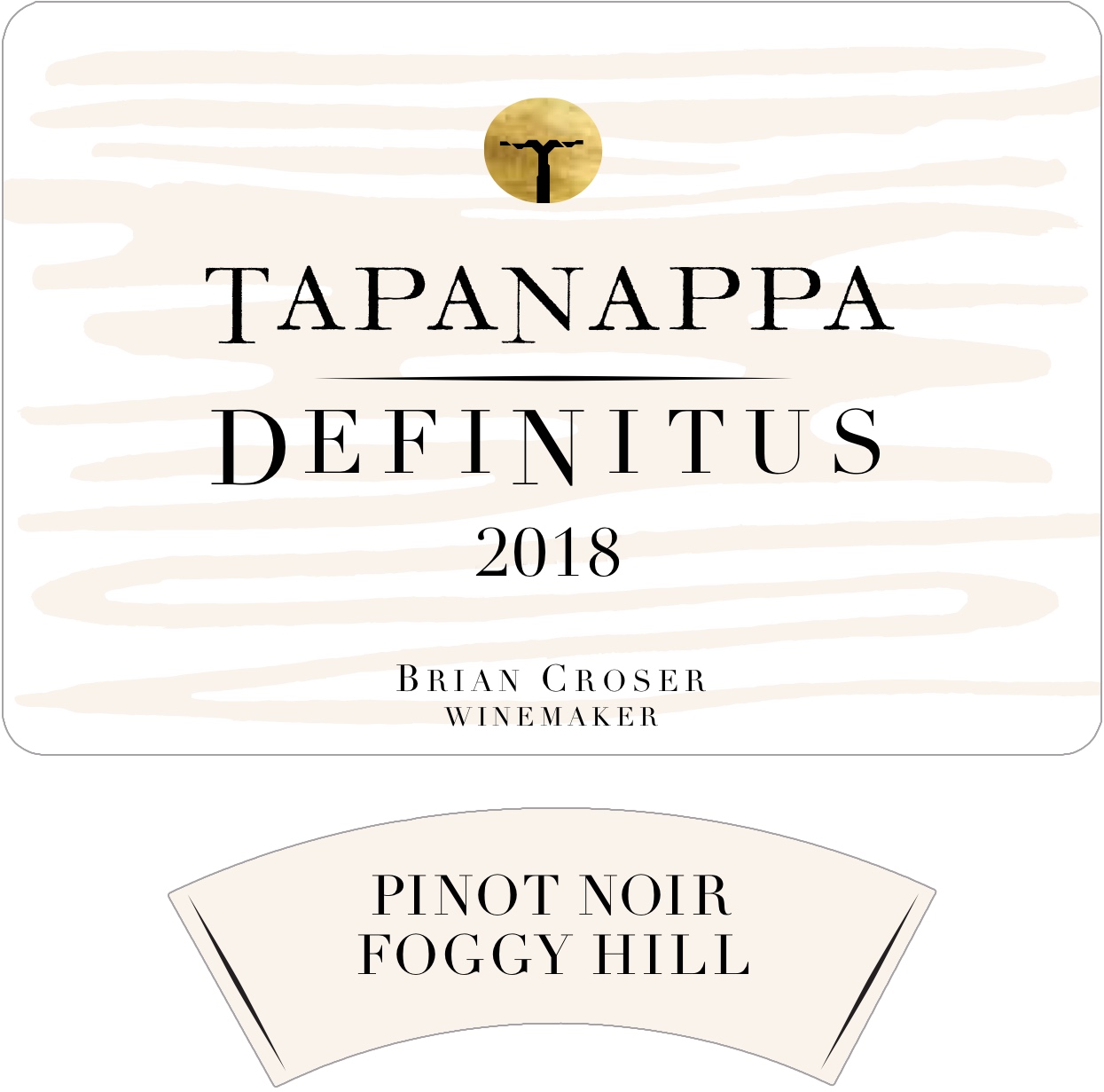 2018 vintage was another in an increasing frequency of above average temperature vintages. Meanwhile the average moves inexorably upward. At Foggy Hill, 2018 was the warmest growing season since 1960 and probably back further. A growing season heat summation (HDD) for 2018 of 1625°C days significantly exceeds the 58-year average of 1298°C days. However, there were no heat waves with only 4 days exceeding 35°C. Nights were a strong contributor to the elevated growing season heat and that is a plus for quality.

As well as being warm, 2018 was exceptionally dry with less than half normal rainfall during the ripening period from January to March. Fruit set in late November in ideal conditions established a very big crop requiring half of the bunches to be thinned from the vines at veraison in late January.

In 2018 Foggy Hill delivered disease free, thoroughly ripe fruit in perfect condition and at moderate sugar levels. The crop level was also ideal at 6 tonnes/hectare. 2018 Foggy Hill Definitus Pinot Noir has an abundance of colour and had low malic acid content (indicating perfect ripeness) at harvest on the 12th and 13th of March which is the normal harvest window.

The hand harvested Pinot Noir fruit from the Definitus area of Foggy Hill Vineyard was delivered to the Tapanappa Winery in the Piccadilly Valley.

There 15% of chilled whole bunches was placed in the bottom of each 0.8 tonne fermentation tub. The tubs were topped with chilled destemmed and crushed a must and allowed a two-day cold soak beginning at 2°C, then inoculated with our own grown yeast strain and allowed to ferment to a maximum temperature of 33°C with daily hand plunging of the cap. The whole bunches at the bottom of the tubs were progressively crushed to release their sugar.

At the end of fermentation after 16 days, the tubs were sealed to allow 5 days of maceration on skins then pressed block by block, clone by clone, to barriques (one third new) with an inoculation of a malo-lactic bacterial strain.

After malo-lactic fermentation on full lees, the batches were racked and returned to barrique for maturation. After 10 months in barrique the Foggy Hill Definitus batch was clear racked in January of 2019 and prepared for bottling in mid-February.