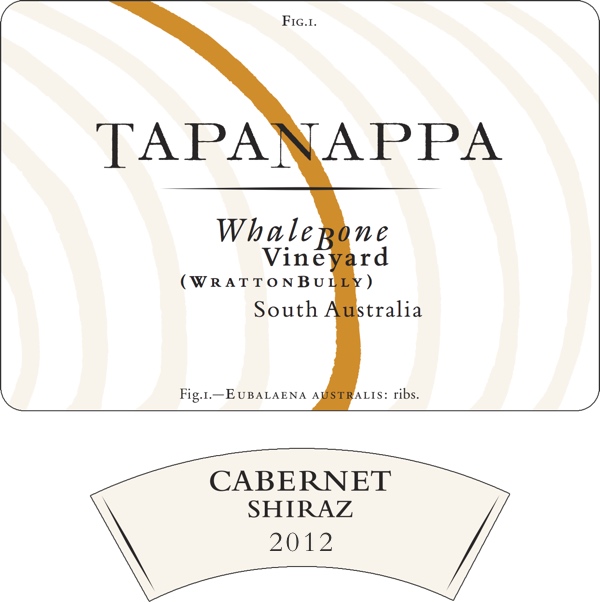 2012 was a warm and dry vintage at the Whalebone Vineyard in Wrattonbully. The 38 years old vines responded to the 53% of average summer rain received at Whalebone Vineyard in vintage 2012 by producing a very modest crop of concentrated grapes, which were harvested 2 weeks earlier than normal between the 20th and 24th of March.

The heat summation for the 2012 growing season at Whalebone was 1596C days compared to the average for the past 10 years at 1446C days.

Much of the above average heat was in the early growth month of November and the ripening months of February, March and April were close to the average.

The hand selected bunches of Cabernet Sauvignon from Whalebone Vineyard and the Shiraz from the neighbouring Hooper Vineyard were separately de-stemmed, partially crushed and chilled to 2C into tubs each containing 0.9 tonnes.

The tubs of Cabernet Sauvignon and Shiraz were separately tipped into a small airbag press and pressed straight to French oak barriques, 70% 0f which were new and the balance 1 use.

Malolactic fermentation occurred in barrique in the spring and barriques were racked off full lees and the wines were sulphured and returned to barrique for another 15 months.

In January 2014, the wines were clear racked from barrique and 64% Cabernet Sauvignon and 36% Shiraz were blended ready for bottling on 18th of February 2014.

The Taste Of The Wine

The colour is deep and purple edged, the aroma is an amalgam of black currant Cabernet, spicy anise Shiraz and the earthy, smokey terroir character of the Whalebone Vineyard. The core of the wine is sweet but the finish is of gentle savoury tannin.

This wine is a pure expression of the unique Whalebone Vineyard terroir.