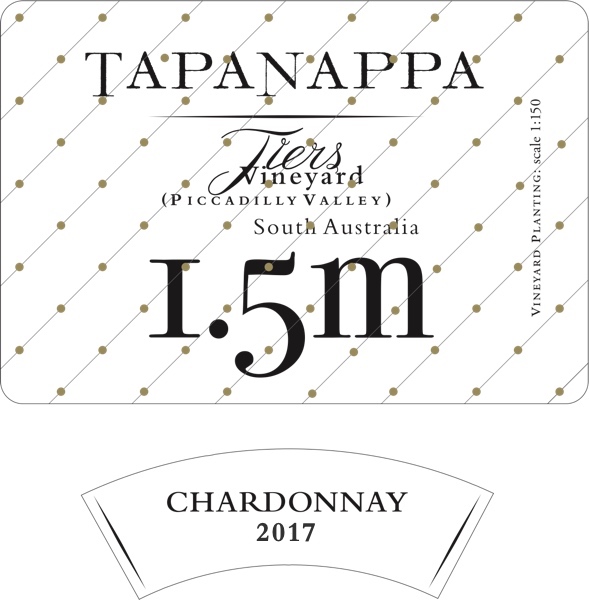 2017 vintage was very late in each of Tapanappa’s 3 distinguished sites. The single outstanding feature of the 2017 vintage was that each of the phenological events of the vine’s growing season was delayed by 2 to 3 weeks compared to the average.

The difference of one month in harvest date is a difference of 2.5ºC in the temperature during the critical ripening phase. That’s huge!

My 2016 Vintage Report was headed “An Extraordinary Vintage” because the accumulated heat of the growing season in each of Tapanappa’s distinguished sites was so much greater than in any preceding vintage. Tiers recorded a whopping 1539ºC days against the average of 1240ºC days.

I have labelled 2017 “A Contradictory Vintage” because the heat summation for the growing season was 1303º C days versus the 14-year average of 1240ºC days: 2017 was a warmer than average vintage but it is the equal latest, harvested on the same date as the very cool 2011 vintage (1001ºC days).

2017 was a very wet growing season at Mount Lofty. 562 mm’s of rain were recorded for the seven months against an average of 302mm’s. Fortunately most of that rainfall was before Christmas and after harvest in late April so had a more positive than detrimental effect.

2017 will be recognized as a superb vintage eliciting finesse and intensity in the Chardonnay from The Tiers vineyard and the Piccadilly Valley in general.

In 2003 I made the difficult decision to pull out 1.4 hectares of the original 1980 planting of the wonderful OF Chardonnay clone and to replant with the Dijon clones 95 and 76 on rootstock and at the close spacing of 1.5m between vines and rows. This was partly motivated as a strategy to deal with phylloxera if it should ever occur and partly to introduce new clones and viticultural conditions to achieve some variation of style and quality from The Tiers distinguished site. The 14 year old vines of Tiers 1.5m ripened earlier and more completely than the 37 year old OF Chardonnay clone vines on the eastern side of the vineyard.

The Tiers 1.5m Chardonnay was hand harvested into shallow trays and cooled to 2ºC in the cold room at Tapanappa Winery, adjacent to the vineyard. The whole bunches of Tiers 1.5m Chardonnay were tipped from the trays into the Willmes Merlin airbag press. The juice was gently pressed from the bunches, into a settling tank. After a short gravity settling the partially clarified juice and its fluffy lees were racked to French Vosges oak barriques, 33% new and the balance 1 and 2 use.

The Tiers 1.5m Chardonnay was seeded with our own yeast culture and allowed to ferment in the cool air temperature of the Piccadilly Valley autumn.

The post bottling analysis of 2017 Tiers Vineyard 1.5m Chardonnay is

2017 Tiers 1.5m Chardonnay is a pristine and exquisite expression of the Tiers unique terroir from a great vintage.

The 13 year-old Tiers 1.5M Vineyard has clearly confirmed its status as a “distinguished site” and the 2017 Tapanappa Tiers 1.5M Chardonnay “is a pure expression of a unique Australian terroir.”