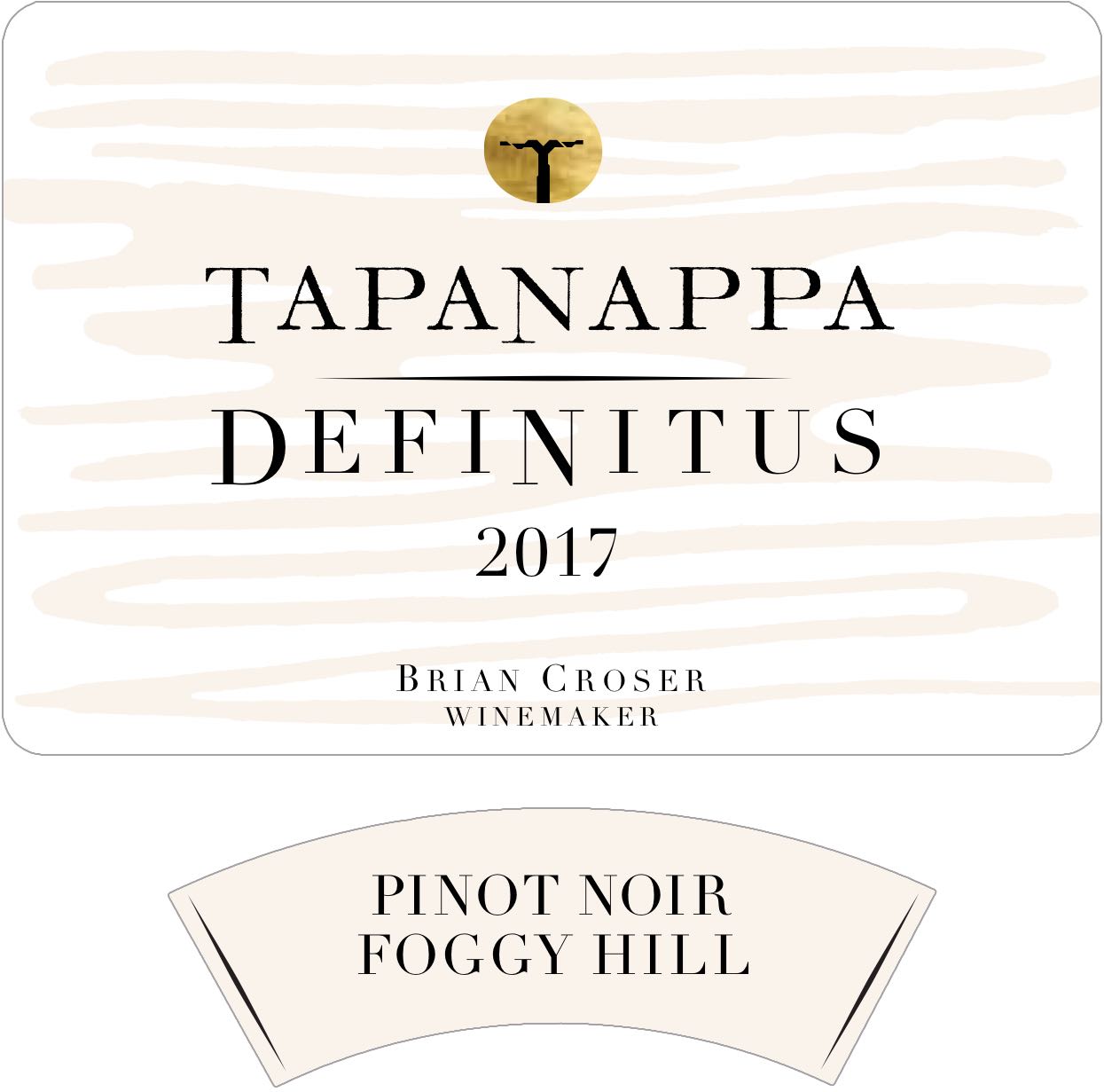 2017 was a near perfect vintage, preceded by a soil filling wet winter and beginning with a very cool spring which delayed each subsequent step of the crop’s development.

After flowering we thinned the over-abundant crop by 50%.

Despite the cool start 2017 ended slightly warmer than average and we hand harvested the 14- year-old DEFINITUS strip separately for the first time on the 8th of April, the latest harvest ever at Foggy Hill. The heat summation for the 7 month growing season in 2017 was 1400°C days against the 10 year average of 1210°C days.

As with the rest of Foggy Hill Pinot Noir in 2017, 30% of the DEFINITUS strip was harvested into trays and chilled to 2°C as whole bunches in a cold room.

This 30% chilled whole fruit was distributed over the 0.85 tonne fermentation tubs and the rest of the fruit was destemmed, lightly crushed and chilled to 2°C onto the top of the whole fruit. After a 4-day cold maceration each tub was seeded with our own yeast strain and hand plunged daily until fermentation finished 12 days later. The fermented wine was left in contact with the skins for a further 5 days and then pressed straight to French oak barriques, 30% new. The DEFINITUS Pinot Noir finished malo-lactic fermentation in barrique, followed by a small SO2 addition to each barrique where it stayed for the next 9 months.

Even in the warmest vintages, Foggy Hill produces moderate sugar grapes at full maturity. The 2017 DEFINITUS is no exception and at 13.5% alcohol the flavours and aromas are evidently supported by water not alcohol.

The full in bottle analysis is given above.

The 2017 DEFINITUS is of moderate colour intensity and crimson hue.

The aromas and flavours are delicate and ethereal with violet ad roses floral, ripe strawberries and dark fruits and an earthy terroir nuance.

The palate structure sets DEFINITUS apart. The texture is silky and creamy but the finishing tannins are firm and sandy.

DEFINITUS is a pure expression of a unique terroir and will benefit from a decade or longer of bottle age.