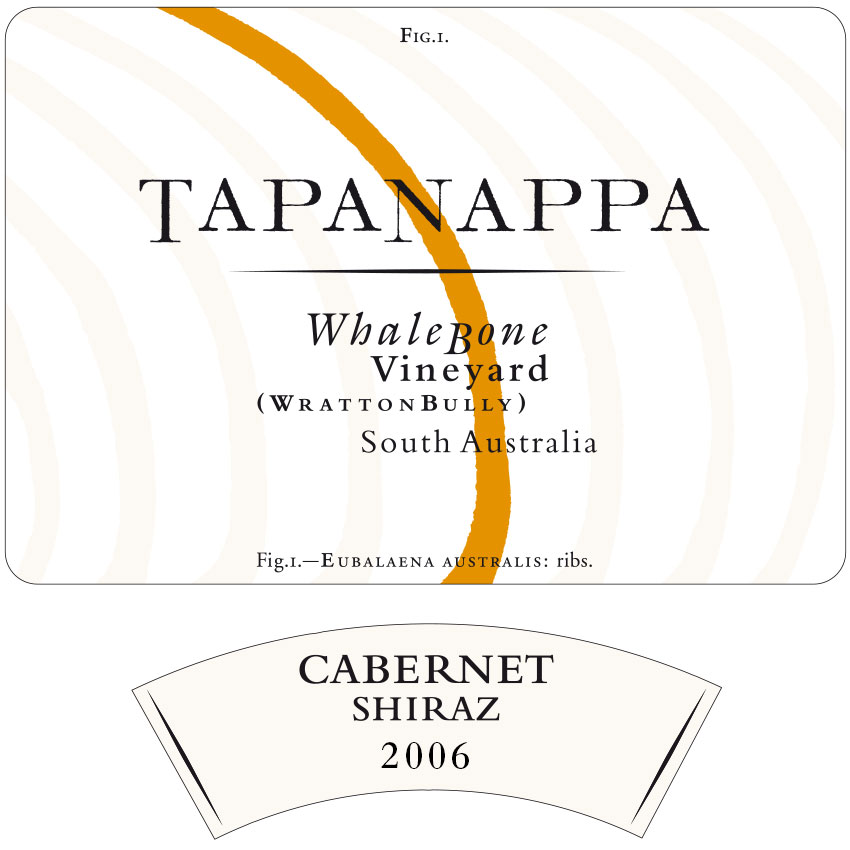 The 2005/2006 growing season was normal except for a hotter than average January. After veraison in January, the ripening months were moderate and cooler than average. In 2005/2006 the heat summation for Whalebone Vineyard for the 7-month growing season was 1394°C days against the average of 1377°C days. In nearby Coonawarra the 2006 heat summation was 1431°C days, only pushed above the long-term average of 1376°C days by the hot January.

The moderate ripening months of vintage 2006 allowed Cabernet Sauvignon (60%), Shiraz (30%) and Cabernet Franc (10%) to be picked between the 29th of March and the 1st of April in dry, sunny and cool autumn conditions. The 32 year-old vines of the Whalebone Vineyard yielded the meagre crop of 2.5 tonnes/hectare in 2006. The average analysis at harvest was 25.5 Brix, the pH was 3.5 and the acid 6.5gpl as tartaric.

The precious grapes of the Whalebone Vineyard were hand harvested and kept separate as varietal batches. The grapes were de-stemmed, partially roller crushed and the must was chilled to 3°C into 1 tonne fermentation tubs.

A 3-day cold maceration preceded the beginning of fermentation with selected native yeasts followed by twice daily hand plunging to break up the cap of skins. At the peak of fermentation the temperature of the fermenting juice reached 35°C before exhausting all sugar after 14 days. The fermented wine and skins were sealed down for a further week of post fermentation maceration before draining and pressing directly to French oak barriques, 70% new and 30% 1 use.

Again in 2006 the Merlot component from the Whalebone Vineyard was left out of the blend and the Cabernet Sauvignon (60%), Shiraz (30%) and Cabernet Franc (10%) were blended and given a light egg white fining before being bottled without filtration in February of 2008.

The in-bottle analysis of Tapanappa Whalebone Vineyard 2006 Cabernet Shiraz is: