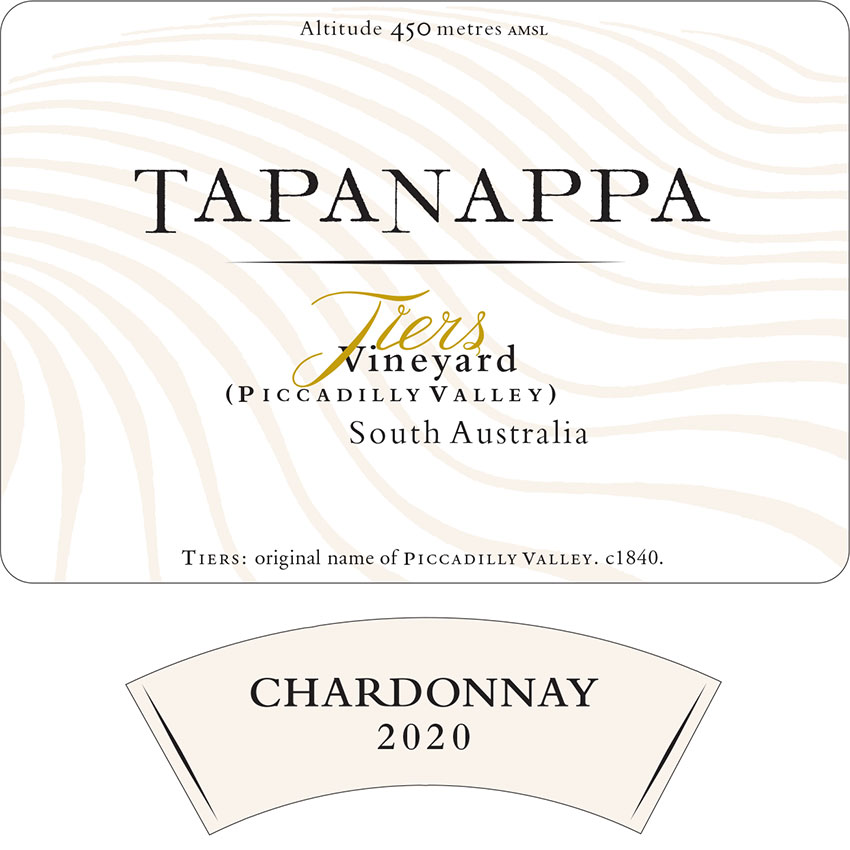 This tasting note is one of those rare opportunities to describe a truly wonderful wine, better than almost all that have gone before. The delayed ripening of a very small crop in perfect cool, dry and sunny conditions, has defined a very special Chardonnay from the unique and distinguished Tiers Vineyard terroir. The colour is pale lemon green. The aroma is immediately intense, fresh and appealing, mainly of the primary fruit, sweet ripe nectarine with a hint of yeast cashew and oak spice. The aroma compels the need to taste, which amplifies the intensity, freshness, budding complexity, mouth filling fruit sweetness and texture and finally the cutting edge of acid and slight grapefruit finish of a wine that nearly defies description beyond “wow”. You may think I have over-reached. Just try the wine for yourself. 2020 Tiers Chardonnay is “a very special vintage of a unique wine defined by a truly distinguished vineyard terroir”.

A cool start to the Autumn, slowed an even budburst in the Tiers Vineyard in early September. Then on September the 17th an early morning frost destroyed 90% of the just emerged primary shoots. The frost was early enough to allow the vigorous development of the secondary shoots and their smaller potential crop.

A cold November interfered with the flowering and fruit set process, further diminishing an already small crop. Then followed two very hot and windy months, December and January, memorable for the fires across Australia.

The heat went away as quickly as it appeared and the Chardonnay grapes in Tiers Vineyard ripened in still and cool air, sunny conditions, ideal Autumnal weather. The seven-month growing season heat above 10C (Growing season degree days-GDD), was 1206C days versus the long-term average of 1066C days. Tiers yielded up its one third of normal crop on the first of April.

The hand harvested Chardonnay grapes from the Tiers Vineyard old block (1979), were chilled in trays in the cold-room to 2C. The cold grapes were tipped into our gentle air-bag presses and the whole fruit pressed juice was pumped to tank before being gravitated to French oak barriques (one third new) for fermentation. The fermentation lasted two months in the cool autumn conditions. The wine was barrel aged on full lees until February of 2021 when it was clear racked from barrique and bottled.

The in-bottle analysis of Tapanappa Tiers Vineyard 2020 Chardonnay is: