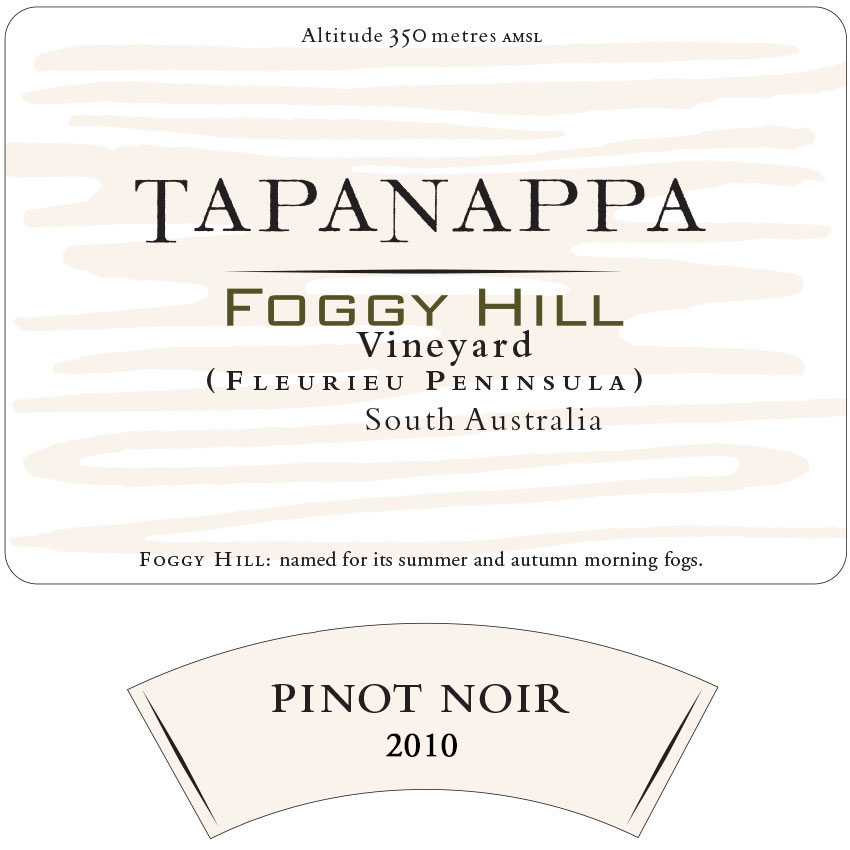 Perfect small bunches of Pinot Noir were hand harvested on the 4th and 5th of March and transported to the Petaluma winery in the Piccadilly Valley about one hour north of Foggy Hill.

The Pinot Noir fruit was destemmed crushed and chilled to 3°C, 50ppm of SO2 was added and the must was placed into the 1 tonne fermenters. The fermentation tubs were sealed down for 4 days for a cold maceration and were then seeded with a yeast strain selected from our own vineyards. Our own strain of malo-lactic bacteria was added at the same time. The tubs were hand plunged morning and night throughout the fermentation.

The fermentation on skins lasted 10 days and at its peak of activity reached 35ºC for a two-day period. When all of the sugar was exhausted the tubs were sealed down for a further 7 days of juice contact with the skins. The contents of the tubs were transferred to a small air bag press and drained and lightly pressed to barriques without any settling. A mixture of 30% new and the balance one and two year use French oak barriques were used.

The wine was allowed to sit on lees until the malo-lactic fermentation was complete in November after which it was racked and SO2 was added before the wine was returned to barrique. After 9 months in barrique the wine was clear racked in January and was bottled on February 18th 2011. The analysis of the bottled wine is, alcohol 13.2%, pH 3.68, total acid 5.7gpl, SO2 75ppm, volatile acid 0.78gpl, sugar 0.07gpl.