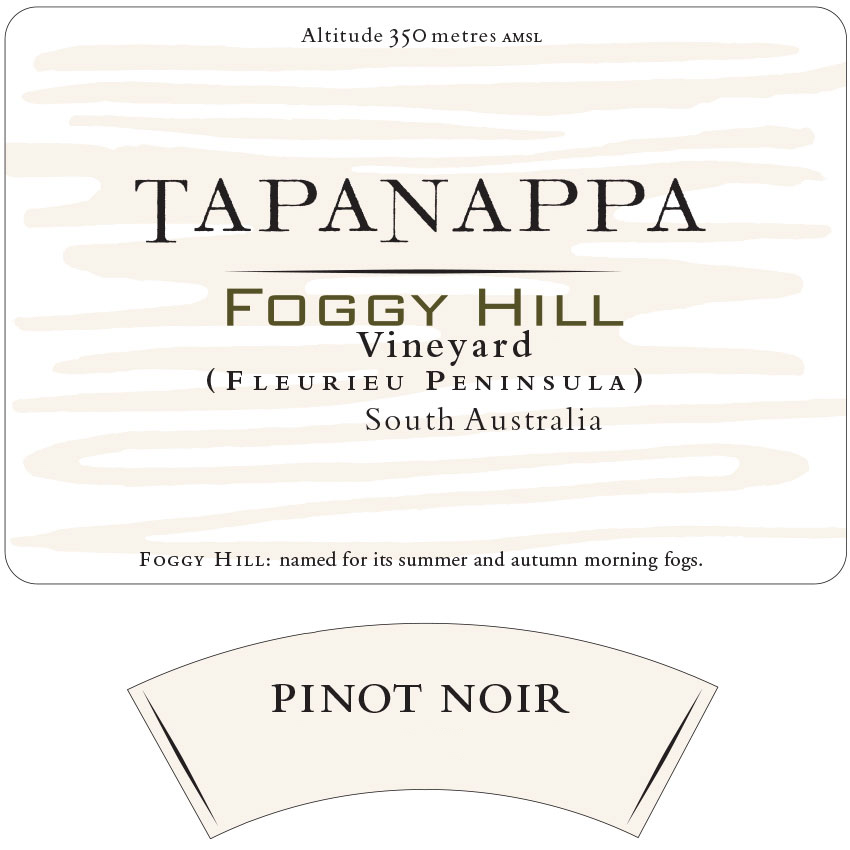 Tapanappa 2009 Foggy Hill Vineyard Pinot Noir is of medium colour intensity and is cerise in hue. The aromas are initially delicate and ethereal hinting at roses and their freshly cut stalks. More complex aromas emerge of dark chocolate and mocha and preserved cherries with a hint of anise. The flavours are sweet spicy and delicate and are poised against the tannin and acid in a savoury and linear structure. The alcohol remains unnoticed against the delicate but exotic water born flavours, the significant tannins and acid, beyond which the flavours are persistent. This the third exciting wine of the new Pinot Noir terroir at Maylands Farm at Parawa at the apex of the Fleurieu Peninsula, South Australia. The style of the 2009 Foggy Hill Vineyard Pinot Noir is a more natural reflection of the terroir in a cooler year compared to the opulent 2008.

2009 was an exactly average temperature vintage at Foggy Hill accumulating 1135ºC days of heat during the growing season. The 2009 harvest season was one of the driest on record. The heat wave at the end of January and beginning of February, which decimated other wine regions, had little effect at Foggy Hill where only 21 days exceeded 30°C for the year and only 6 reached 35°C.

Perfect small bunches of Pinot Noir were hand harvested on the 12th and 13th of March and transported to the Petaluma winery in the Piccadilly Valley about one hour north of Foggy Hill.

The three clones were destemmed, crushed and chilled separately after the addition of 10% of chilled whole bunches to the bottom of each of the open one tonne fermenting tubs. The harvest analyses of the three clones averaged 23.7 Brix (%sugar), pH 3.55 and Total Acid, 6.2gpl.

The Pinot Noir fruit was destemmed crushed and chilled to 3ºC, 50ppm of SO2 was added and the must was placed into the 1 tonne fermenters. The fermentation tubs were sealed down for 4 days for a cold maceration and were then seeded with a yeast strain selected from our own vineyards. Our own strain of malo-lactic bacteria was added at the same time. The tubs were hand plunged morning and night throughout the fermentation.

The fermentation on skins lasted 10 days and at its peak of activity reached 35ºC for a two-day period. When all of the sugar was exhausted the tubs were sealed down for a further 7 days of juice contact with the skins. The contents of the tubs were transferred to a small air bag press and drained and lightly pressed to barriques without any settling. A mixture of 30% new and the balance one and two year use French oak barriques were used.

The wine was allowed to sit on lees until the malo-lactic fermentation was complete in November after which it was racked and SO2 was added before the wine was returned to barrique. After 8 months in barrique the wine was clear racked in late December, given a light egg white fining and was bottled in March 2010.

The analysis of the bottled wine is: