The following profile is taken from The Age Epicure lift out, May 17th. 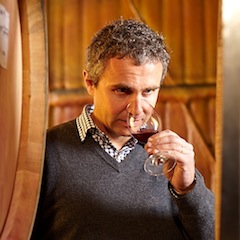 Although Xavier was born into wine (his late father, Christian, headed Bollinger), he did not pursue winemaking in France but rather worked as a lawyer before marrying Lucy Croser, daughter of legendary Aussie winemaker Brian Croser, and beginning a new life in Australia with Croser’s Tapanappa Wines. He and Lucy also pursue a private wine project, Terre à Terre.

“Cabernet sauvignon and shiraz, and blends; the older style of [Aussie red] wine with great character made in the 1970s and ’80s. I really like the cabernet from Coonawarra, [it’s] very balanced, makes very elegant wines. Depending on how it is made, it reminds me of a Bordeaux-style wine.”

“Some varieties have been widely planted [in the wrong areas]. In Wrattonbully, where we have a vineyard, there is a lot of chardonnay planted. It doesn’t make a good wine. Merlot has been planted in a lot of warm areas and makes some pretty wines but often not very interesting. But if you plant it in a good area, it is a good variety.”

Australia’s contribution to the world if wine

“I think what it can bring is a great wealth of different terroirs. There is a lot of knowledge [here] about wine, about where you want to plant this variety or that variety, which climate. In France, the rules have been set. They are difficult to move.”