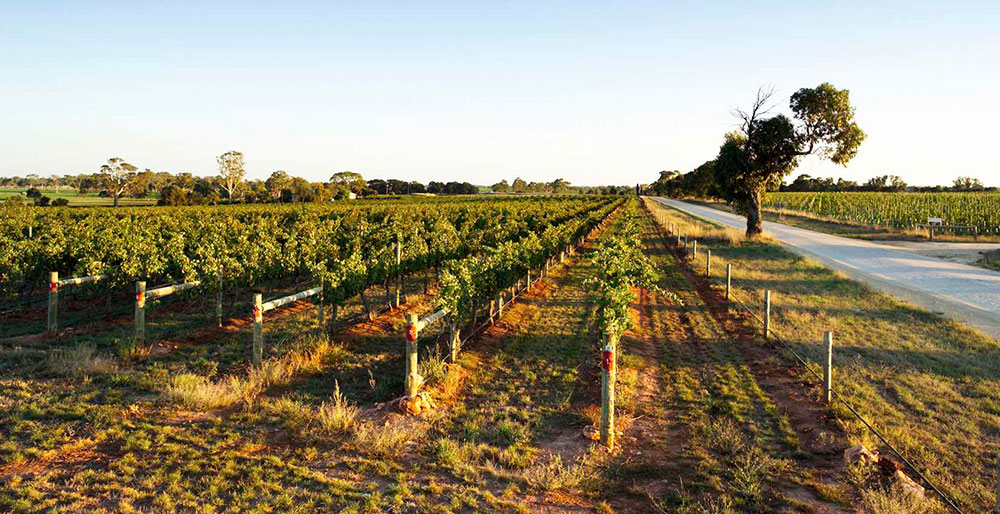 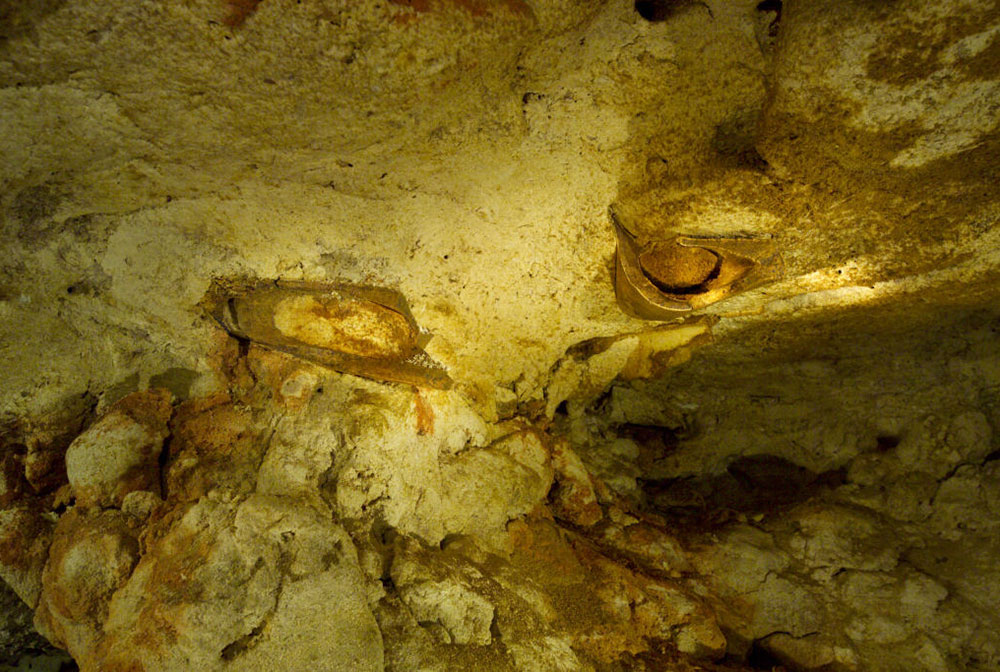 Originally named the Koppamurra Vineyard, this unique vineyard was planted in 1974 on red soil over limestone (terra rossa) on the eastern edge of the West Naracoorte Ranges, 20 kilometres north of Coonawarra. At that time, it was a lonely vineyard on the edge of the Naracoorte Caves National Park and the Kanawinka Fault, then just one of two vineyards in the region now known as Wrattonbully. In 1980 Geoffrey Weaver purchased some of one of the first Cabernet Sauvignon crops from the Koppamurra Vineyard and the wine was made at the Petaluma Winery in the Piccadilly Valley.

The wine was surprisingly excellent and Brian Croser noted at the time that should the vineyard become available he would be interested to buy it.

Across the road from the Koppamurra Vineyard more land was purchased by the Bizot family and in 2004 was planted on close vine spacing of 1.5meterX1.5meter with Cabernet Sauvignon and Sauvignon Blanc and later with Shiraz and Cabernet Franc. Xavier Bizot and his wife Lucy (Brian and Ann Croser’s daughter) own that vineyard and named it the Crayeres Vineyard. They make the wine form Crayeres for their Terre a Terre label.

The Whalebone Vineyard is a terroir particularly suited to Cabernet Sauvignon. Merlot and Cabernet Franc. In 1974 the pioneers of the vineyard chose their planted varieties well.

Situated at 37 10 S at an altitude of 80 meters, the Whalebone Vineyard is on the eastern side of the West Naracoorte Range, the oldest of the thirteen dunal ridges parallel to the coast formed during the ice-age from a million years ago. It is a massive coalesced dunal system that has been lifted above the much younger plain to the west along the Kanawinka Fault. The younger plain below the West Naracoorte Range gently leans away to the Great Southern Ocean 80 kilometres to the west. 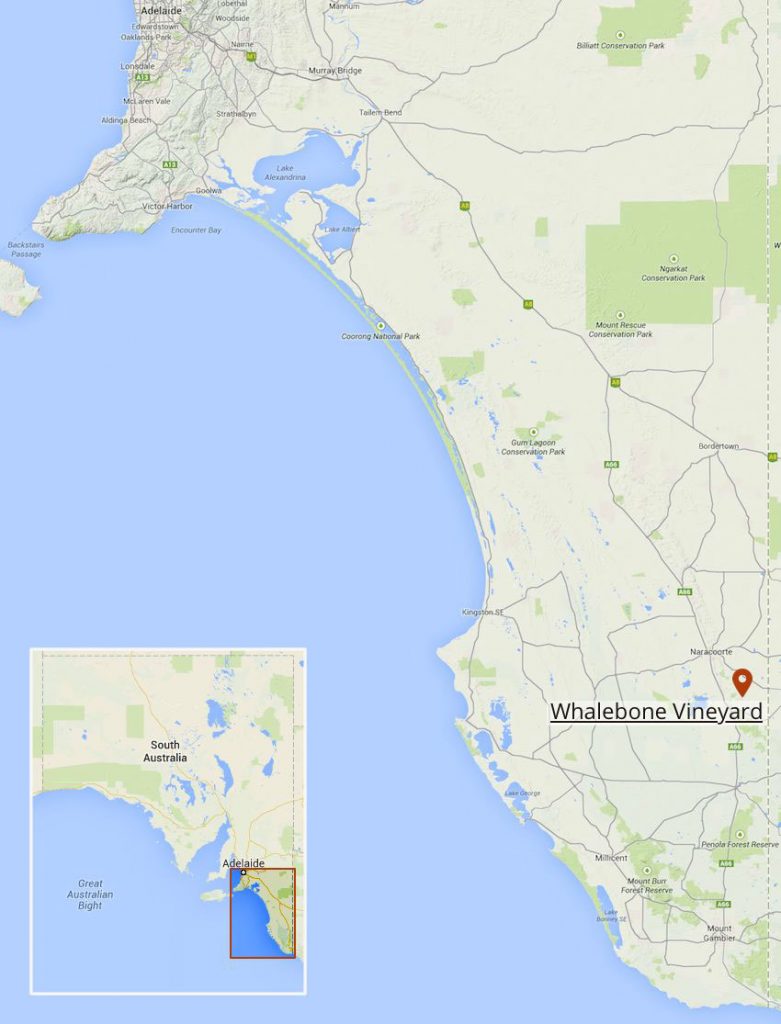 The nearly 50 years old vines of the Whalebone Vineyard are planted at spacings of 3 meters between rows and 2 meters between plants in the row, traditional Australian wide spacing giving 1,666 vines/ hectare compared to Bordeaux’s 5,000 to 10,000 vines/hectare. When the Whalebone Vineyard was prepared for planting in 1974 the soil was not ripped to crack through the limestone cap beneath the surface as is done in modern vineyards of the region. The vine roots had to find their way down through the natural fissures and cracks in the limestone. This limits the capacity of the vineyard as the vines are forced to struggle for nutrients and water. As a result, the vines have achieved a natural and sustainable balance at the relatively low number of 33,000 buds/hectare compared to the 70,000 buds/hectare in high-capacity Bordeaux vineyards.

The 33,000 buds/hectare are deployed at 20 buds/vine and the spacing between shoots is 10cm’s allowing every individual shoot and bunch of grapes optimal light and ventilation. The 57 years old vines are naturally low yielding with a maximum crop level of 4 tonnes /hectare. Whalebone Vineyard is typically hand harvested in the first weeks of April.

Hand harvesting in the Whalebone Vineyard is a meticulous process and all inferior and damaged fruit is left on the vine. The fruit balance at harvest is typically:

The Merlot is the earliest ripening variety and is harvested at the end of March.
The Shiraz and Cabernet Franc are harvested in the first week of April and finally the Cabernet Sauvignon in the second week of April.

The hand harvested grapes are delivered in 0.5 tonne bins to the Tapanappa Winery in the Piccadilly Valley.

On arrival at the Tapanappa Winery, the bunches are destemmed and partially roller crushed and the must is chilled to 2C on the way to the 0.9 tonne fermentation tubs.

The juice skins and berries are allowed to cold macerate for 3 days before the fermentation slowly begins after inoculation with our own culture of a selected yeast strain. When the cap of skins separates from the fermenting juice it is hand plunged daily. The fermentation temperature never exceeds 35C and after 14 days the sugar has been exhausted and the cap begins to sink. The tub is then sealed and the wine is left in contact with the skins for a further 4 days. The total time of skin contact with the wine is 21 days before the tubs are tipped into the 5-tonne airbag press and the wine is drained and gently pressed to 1.4 atmospheres of pressure.

The wine is immediately seeded with a selected malo-lactic bacteria and gravitated to barriques, 50% of which are new. The barriques are made from oak from Centre of France Forests.

In August when the malo-lactic fermentation is finished the wine is racked off lees out of the barriques and returned to the washed barriques.

After 20 months in barrique each wine is clear racked and the blends are made. The clear wine is bottled in January, nearly two years after the grapes were harvested.

The typical “in bottle” analysis of Tapanappa Whalebone Vineyard Cabernet- Shiraz and Merlot-Cabernet Franc is: 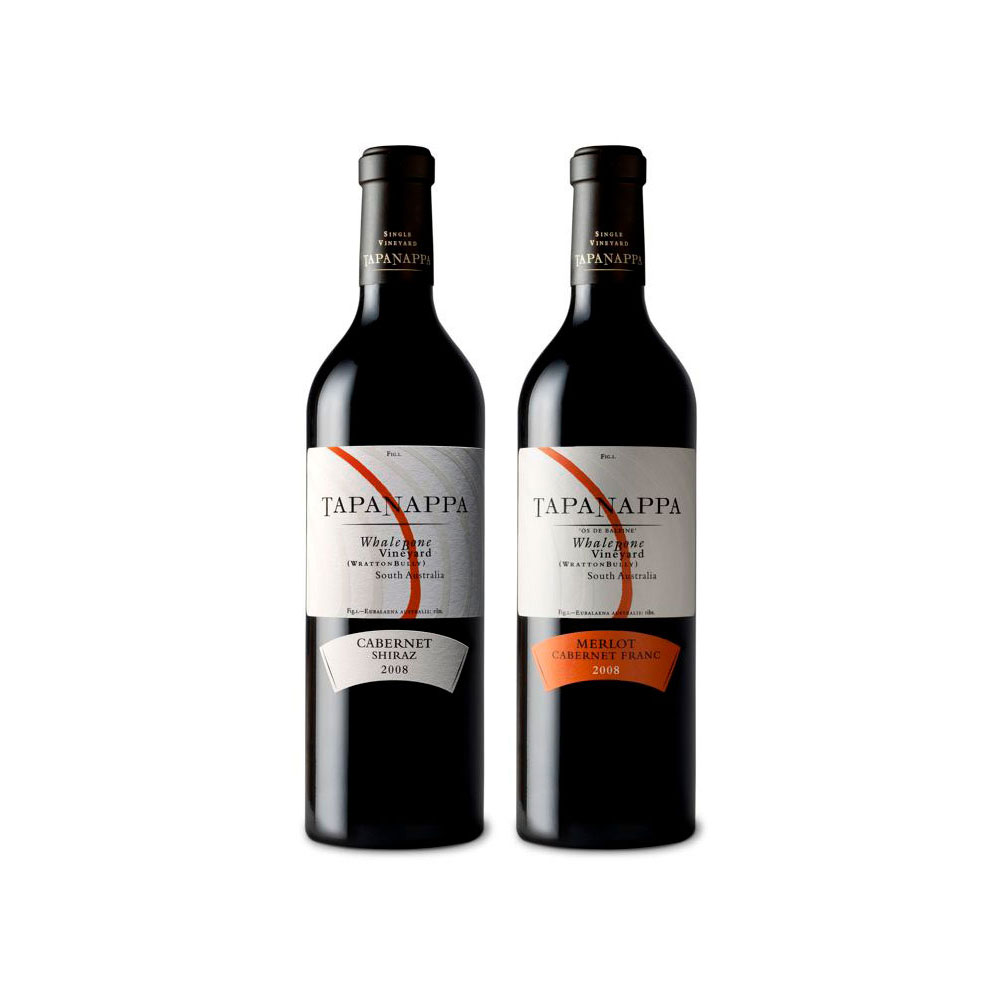 After 20 months in new barriques the final blend is assembled from the varietal ingredients and is fined with the equivalent of 3 fresh egg whites per barrique.

The brilliantly clear Tapanappa Whalebone Vineyard blends are racked to bottle without filtration.