In every way The Tiers Vineyard is a “distinguished site”. It is the first vineyard planted in the Adelaide Hills thus pioneering the true cool climate wine industry of South Australia. 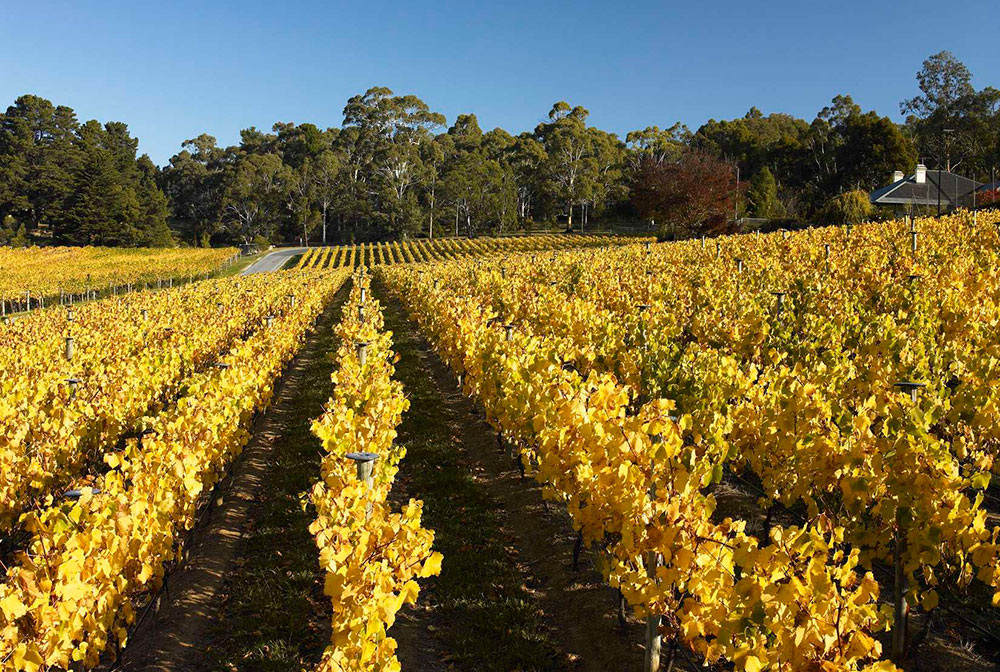 The Tiers vineyard is in the coolest and wettest location in South Australia, the Piccadilly Valley.

It is perfectly suited to Chardonnay being a closely matched homo-clime of Burgundy and especially the southern end of the Cotes de Beaune where the great Montrachets and Mersault Chardonnays are grown.

The Tiers Vineyard tilts gently to the north and east in a sheltered valley surrounded by forest forming a true “clos” environment.

The aspect takes best advantage of the waning autumn sun in the northern sky, extracting the last rays of ripening energy at the cool end of the harvest.

It is planted on an intensive vine regime and managed fastidiously by hand on a vine-by-vine basis. The Tiers vines are now over 40 years old and in perfect balance with their environment at the low crop level of 5 tonnes/hectare. The vines are slowly devigorating with age as expected and the grape quality is ever increasing minutely year by year. 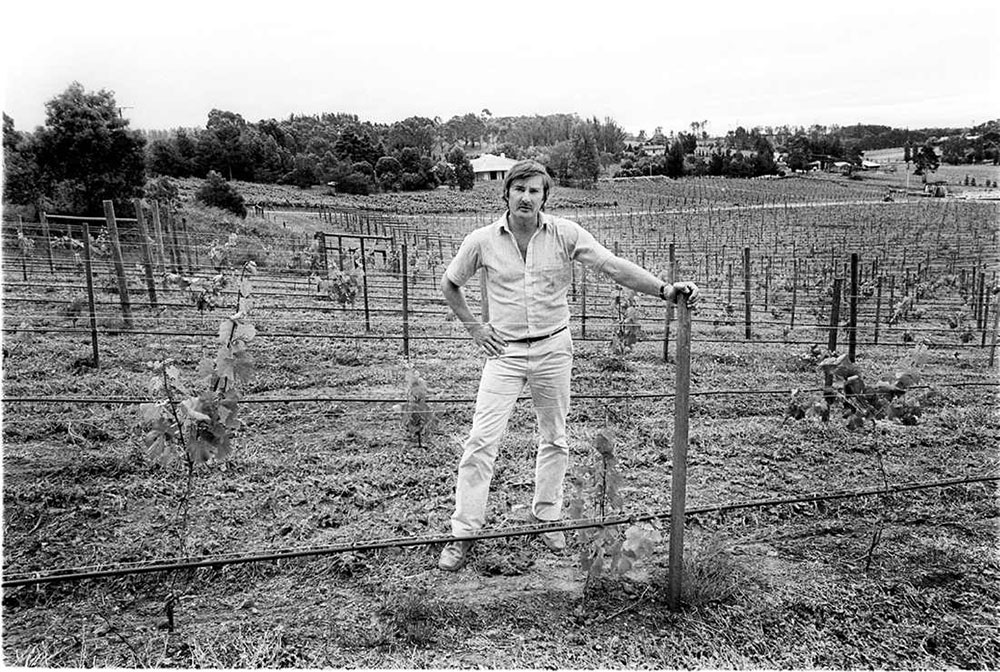 The Croser family planted the first vines in the Tiers Vineyard in 1979, the first vineyard planted in the Adelaide Hills region in the 20th century.

The Tiers Vineyard is in the centre of the Adelaide Hills in the Piccadilly Valley under the Eastern shadow of Mount Lofty. The Piccadilly Valley is one of the few genuine homo-climes of Burgundy in Australia. When Brian and Ann Croser took their young family to the Piccadilly Valley in 1978 to establish the Petaluma winery, they purchased the 7-hectare property they named The Tiers as their home and the site for a revolutionary Chardonnay vineyard.

The property was named The Tiers in recognition of the name the 1836 pioneers gave to the central Adelaide Hills in as seen from the Adelaide plain. The original name for the Piccadilly Valley was The Tiers Valley. 3 hectares of adjacent low-lying land was purchased for the establishment of the Petaluma winery. 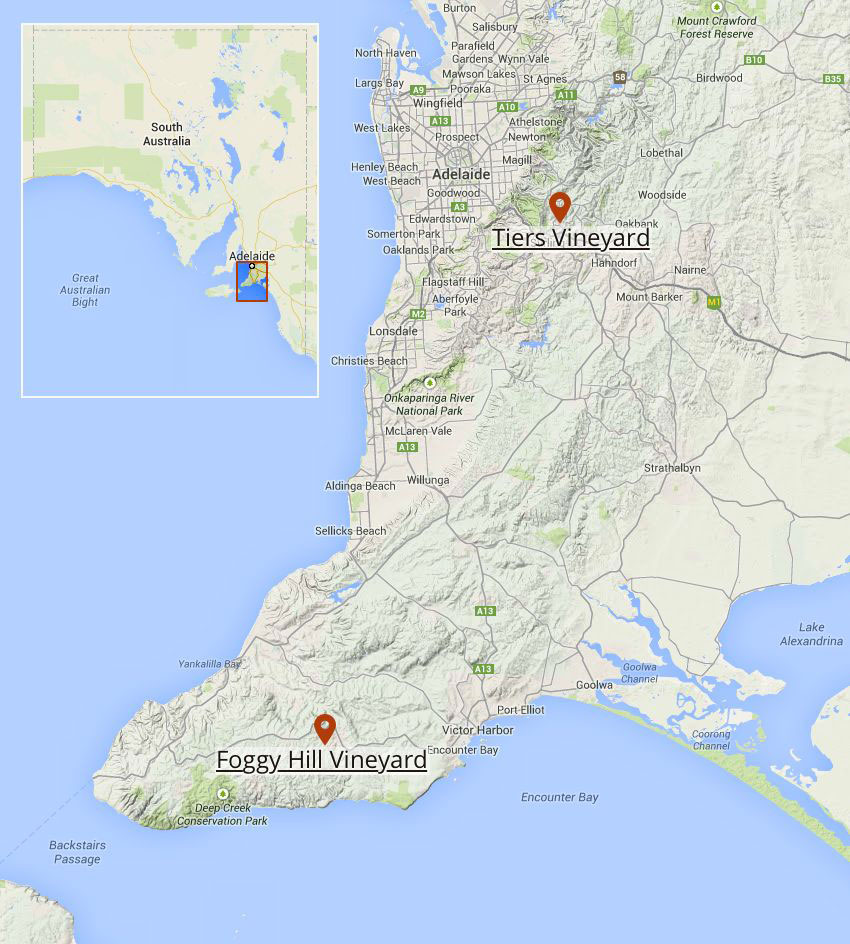 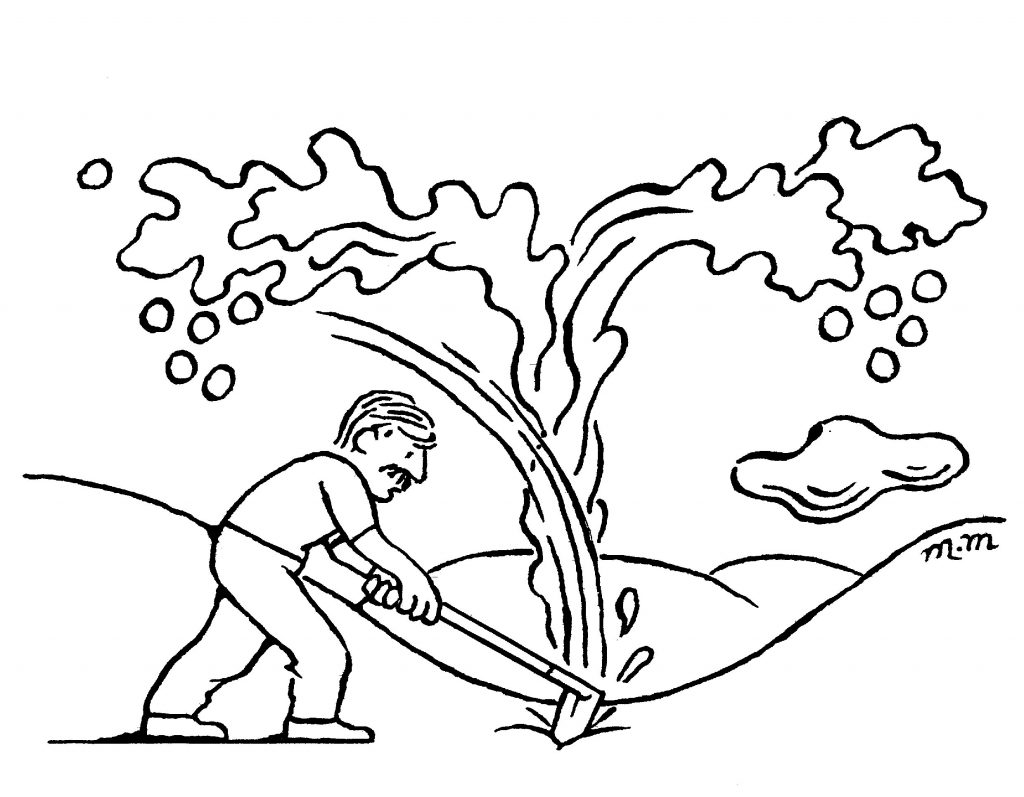 Chardonnay had only emerged as a noble variety in Australia in the 1970’s and to add to the dimension of the Piccadilly Valley experiment, Tiers was one of the first Chardonnay Vineyards in South Australia as well as being the first vineyard in the Adelaide Hills.

Brian Croser had identified the Piccadilly Valley as one of the best places in Australia to plant Chardonnay based on the cool climate requirement to elicit the best qualities of this early ripening variety.

The Croser family search for a perfect climate in which to grow Chardonnay was excited by Brian and Ann’s experience of the emerging Californian “boutique” wineries in the early 1970’s, typified by the Chardonnay wines of Freemark Abbey, Chalone, Robert Mondavi, Mayacamus, Hanzell and Spring Mountain among others. 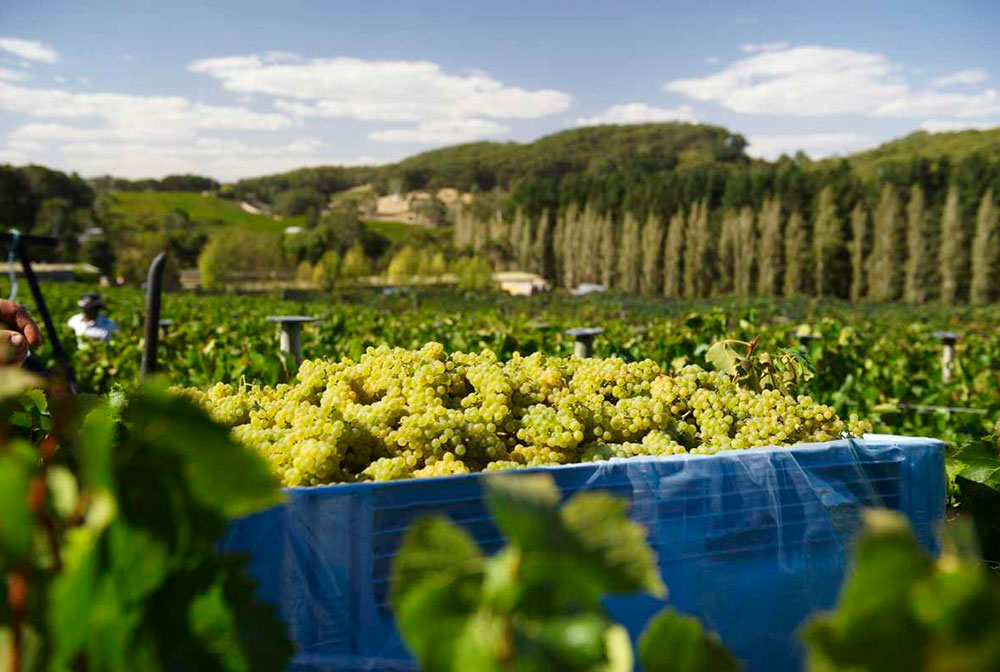 The first planting of The Tiers Vineyard was with the Davis Chardonnay clone OF, a heat-treated version of the Davis clone 1 now known in Australia as the Gingin clone. Davis Chardonnay 1 was exported to Western Australia in 1954 by Professor Harold Olmo, Brian’s viticulture Professor at the University of California, Davis.
The second planting at The Tiers in 1980 was supposed to be OF clone but the Australian Wine Research Institute has since typed it as an unknown clone, not related to the Davis imports or any other of the clones they examined. It may well have arrived from the eastern states in the rush of Chardonnay plantings of the early 1980’s and may relate to some of the first introductions of Chardonnay to New South Wales in the early to mid 1800’s. It is a unique clone!

More on that story later.

In 1979 The Tiers Vineyard was a radical vineyard by Australian standards planted on a close spacing regime of 2.1 meters between rows and 1.5 meters between plants in the row (3175 vines/hectare), then the closest spaced vineyard on the Australian mainland. The vines are hand pruned to two canes of 8 buds and 2 replacement spurs of 2 buds, 20 buds/vine and 63,500 buds/hectare. As the vines have aged their vigour has declined and over 40 years the number of buds per hectare has dropped from 90,000 to 63,500 even as grape quality has inexorably increased.

Traditionally the Piccadilly Valley was considered too cool and wet for grape growing and The Tiers Vineyard design was viewed by onlookers as too expensive to establish and too costly to operate for an economic return.

This scepticism was at first justified when the first flowerings of the new Tiers Vineyard failed in 1983 and 1984 because of what later proved to be unusually cold and windy conditions at flowering time in late November, in both years. Since then, failure of fruit set at flowering has been an infrequent event.

The key to unlocking the quality potential of the Tiers terroir is the 63,500 buds/hectare to achieve proper vine balance and control of vigour in the benign Piccadilly Valley environment. The close row spacing allows those buds to be dispersed along enough fruiting wire to create an open canopy and establish sufficient leaf area to fully ripen the 1.6 kilograms of fruit/vine, representing a crop level of 5 tonnes/hectare.

The Croser family commitment to the continued unique quality of the Chardonnay fruit from the Tiers Vineyard was demonstrated by the difficult decision to remove the original 1979 OF clone Chardonnay planting and to replant in 2003 with Dijon Chardonnay clones on rootstocks and even closer spacing of 4,444 vines/hectare.

These fruit from these younger vines is used to make Tapanappa Tiers 1.5m Chardonnay.

Typically, the Tiers Vineyard is hand harvested in the last week of March to the first week of April.

A normal analysis of Tiers Chardonnay grapes at harvest is:

The tiny bunches are selectively hand harvested into 0.3 tonne slotted trays and put into the cold room at the Tapanappa winery at the bottom of the vineyard.
After 24 hours in the cold room the fruit at 2C is tipped as whole fruit into the 4-tonne air-bag press.

The juice from the cold whole bunches is gently pressed to a tank with a small addition of sulphur dioxide. There are no enzymes or other additions made, before the partially clarified juice is gravitated to Vosges oak barriques, one third new, for fermentation in barrel. We add our own selected yeast to conduct the fermentation in the naturally cool conditions of the autumn. The fermentation takes place slowly over 2 to 3 months and when complete the barriques are topped and the wine is allowed to rest on lees until the summer.

In January the Chardonnay wine is clear racked off lees and bottled.

The typical in bottle final analysis of Tiers Chardonnay is:

“Tiers Chardonnay is a unique expression of a noble variety and a distinguished site vineyard.”